We are Black Everywhere 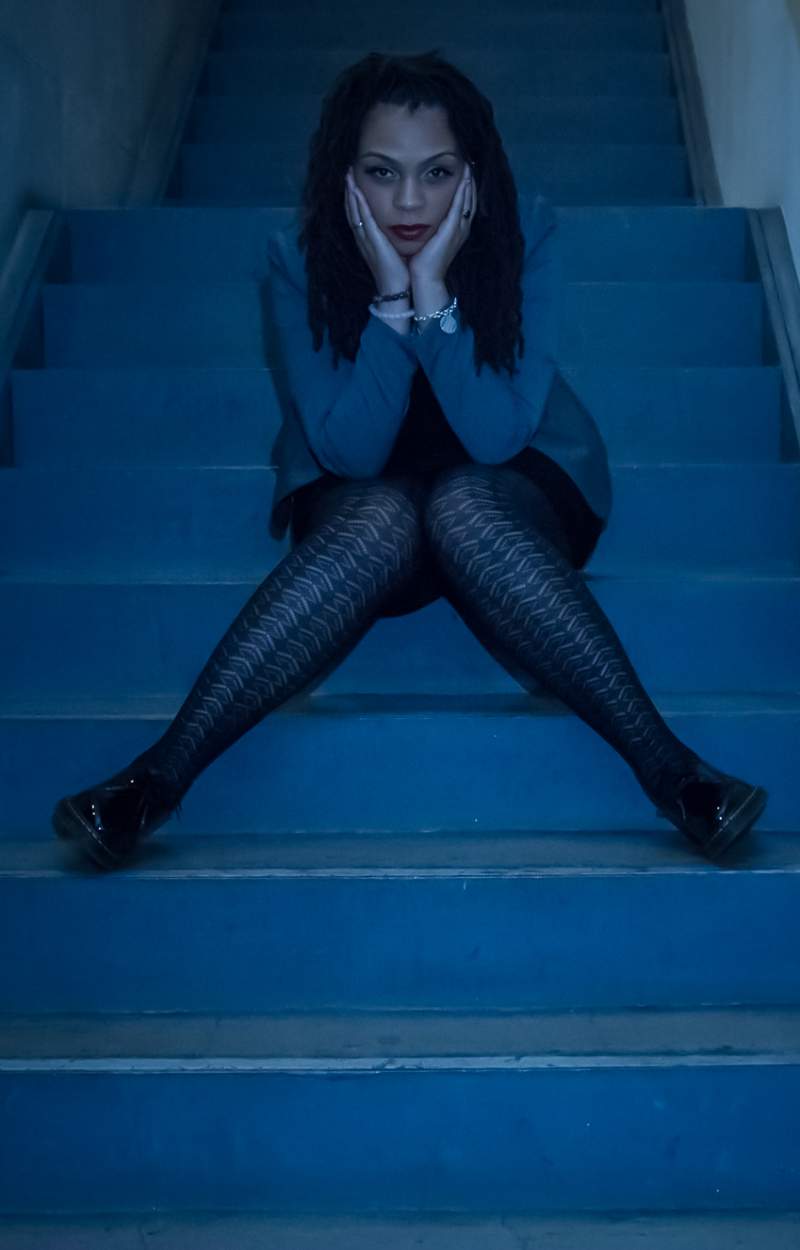 Having done some research before we meet, it quickly becomes clear that there is a common thread running through all of the work Kayza Rose attaches her name to. Her commendable commitment to activism within the arts is evident through her work as Arts Council Changemaker for Duckie, leading the BlackOutLDN organisation and more recently becoming Head of Media for the “only Black LGBT community Pride event to be genuinely designed, delivered and led by the full diversity of Black LGBT people”, UK Black Pride.

We meet in the dimly lit bar of Theatre Royal Stratford East on a Thursday afternoon. When asked if there was a definitive moment when she realised that there is still a long way to go and a lot of work to be done in the black community, Kayza tells me “I’ve always grown up knowing that work needs to be done. My mum is very much about black empowerment and making sure that we claim our spaces. Growing up, her mother had instilled a sense of pride in herself as a black woman and that has been something she has carried forward in raising her own children.” As far as activism goes, Kayza has always assumed a role of a caregiver and fixer.

Although there wasn’t necessarily a turning point of acknowledgement per se, Rose notions to the tragic murder of Sandra Bland whilst in US custody as a trigger to engage activism as a tool in showing solidarity. “I had to do something to show solidarity. Also to show that if something happens to a black person wherever they are, it affects all of us. It bothers me when people do the whole ‘oh it’s happening over there so it doesn’t affect us’. We are black everywhere”.

BlackOutLDN is an activism organisation aimed at tackling the issues arising from the discrimination and oppression of people of colour. Their platforms have ranged from marches, protests, peaceful gatherings, solidarity events, work within the community and more. When asked about the future plans for the organization Kayza says "BlackOutLDN is in the process of transitioning into an arts organisation which focusses on BLM (Black Lives Matter) related issues. The idea is to use the arts and entertainment to raise funds and awareness for those organisations and individuals already doing great work for the community."

Rose’s commitment to the cause has always been bubbling away underneath the surface. “It’s always been there, but just not professionally. I’ve always been the friend that people use to seek advice from, or if there’s a problem I’d be the fixer.” But what happens when the person giving all the support, needs to be supported themselves? “There is no doubt that activism can be emotionally and physically draining because it can easily become one’s life work around the clock and is not like a regular 9-to-5 when you can switch off from the moment you step out of the office. Although I’m very much the person that will help people, I don’t want to be at the forefront. I have social anxiety. People don’t know what I go through to do what I do, but it’s so important that I do it anyway.”

When asked if she ever feels burdened by her workload and pressure to step up: “I wouldn’t say burdened, I would say overwhelmed. During 2015 and 2016 I did far too much and it wasn’t only activism, it was everything. It was overwhelming, exhausting, made me very ill to the point where I had to start saying no. I was learning to say no and taking care of myself. There’s still a massive stigma around mental health and the demand to prove that you are not well. People expect someone who is having a mental health crisis to look a certain way. There is an expectation on you to prove that you are going through something.”

I ask her for some self-care tips for people, who, like her exhaust a huge amount of energy into caring for others. “Do things that make you smile. I like to meditate, I have my crystals. Sometimes I just need to be on my own to centre myself and gather my thoughts. Take yourself to your happy or calm place.”

Duckie is an arts enterprise, who believe that art and performance can be used as tools to bring about community solidarity, to make ordinary people happy and even for personal development and recovery for the most vulnerable amongst us. Kayza recently became an Arts Council Changemaker for Duckie where she will produce a number of spaces and events for the people that she is committed to - namely queer, working class PoC.

It is no secret that the arts are a notoriously classist environment - there are not many working class people of colour within the arts in leadership positions. “They’ll invite you,” says Kayza, “they’ll allow you to perform but there isn’t really a space where I’m seeing a lot of decision makers. Part of what I want to do as an Arts Council Changemaker, is to turn that on its head and provide spaces where we - working class people of colour - are at the decision making table, where we employ people who look like us so that the power is shared within our community.

“It’s all about checking my privilege as well in being in this position but also I am aware of my light skinned privilege. I will be treated in a different way than my dark skinned sisters would be. I am cisgendered, that’s another privilege and also I am in spaces where people do value my opinions. It’s about checking that privilege and using it in a way that is beneficial for every person of colour that I can possibly help.”

Kayza Rose is creating a number of things with Duckie including:

• A performance, film and clubbing series called Duckie Family. Co-curated with Campbell X, the next one is on Sat 3 June at Rich Mix

I ask why it is important to Rose that her target audience for this programme are who they are. “Queer PoC and disabled PoC are some of the most vulnerable people, so I wanted to do things around entertainment but also about more serious issues like discrimination. If you find racism within the wider community, you’ll find it in the queer community too. [It’s about] having honest conversations and looking at ways in which we can realistically move forward.”

What can UK Black Pride goers expect now with her on the team of extremely hard-working volunteers? “More panel discussions, creating more content - for example videos about spaces, organisations and people that they want to publicly endorse.”

One thing is for sure: Kayza has an all-encompassing utilitarian approach to her work ethic. She operates through seeking out the greatest good for the greatest number of people she can reach within her communities. “At UK Black Pride, generally PoC get around each other and are able to talk about the problems with white supremacy and our experiences, but we need to have those conversations in public, so our allies can see and hear, and people who are not allies can be shamed.”

Before we bring the interview to a close I am keen to know who else Kayza personally endorses and she keeps it simple: “Whoever is doing the work - you know who you are.”